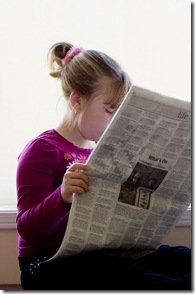 If you’re like me then you are a reader.

You’re a reader of articles, of stories, of books and blogs.

And…if  you’re like me…you don’t just read those articles, stories, books and blogs and cast them aside. No “out of sight out of mind” for you.

If you’re like me, you speculate about the people behind the pen.  Those creators of characters, those wielder of words, those visionaries who craft fantasy the way carpenters craft homes and artists their sculptures with such precision and intricate care.  You meditate after a fashion on these people who communicate so clearly and so deftly so invisibly. You think about them, about their lives, their loves, their sorrows, their existence, even if only for a fleeting moment and you wonder.  What kind of person would it take to write something like that?

If you’re like me you become, in a word, or maybe after many words attached to the invisible artists who’ve helped you create worlds, travel distances and experience lives you might never have known.  Or maybe, you do know the life of which they speak and you are all the more drawn to th

em because the existence they share is your existence as well.  You know it.  You feel it.  You live it.  And someone chose the words to express it that you yourself could not and you are grateful.

If you’re like me, then in  a small way, you may even come to love those invisible craftsmen who work their art in black on white, creating entire galaxies where only blank, dead, white space existed before.

If you’re like me, in those respects, and you’ve been reading along here at The Wild Mind  maybe you’ve noticed that where there used to be an almost daily account of distraction, there has been a strange and unusual (at least it has to be for The Wild Mind because look how long her posts usually are!) silence of late. If you’re like me, you would wonder what happen

ed in the real world to shut down the digital world of the person you’d grown somewhat attached to and were reading every so often.

You would appreciate an explanation…if you are like me.  And you would hope that that explanation did not contain news of abandonment, because if you are like me abandonment in all its many forms never goes over well.  If you’re like me you even hate it when your favorite TV series gets cancelled.  You hated it when you finally finished the Harry Potter Series and you hated it when the Lord of the Rings movies were done. You knew it was the end of the story but somehow you wondered, was it also the end of the author?