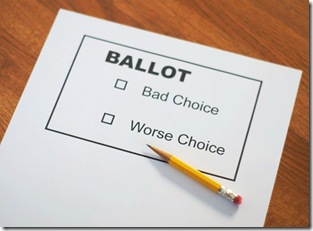 I’ve recently come to realize how many things in life are analogous to many other things in life.  One pretty benign, or so it seems, event turns out to represent what happens in another completely unrelated area of life.

So it is with the sorority rush process and online dating.  I know, I know.  It seems like a real leap here, but go with me for a minute.

Way back in the day, when I was even more naive and wide-eyed than I am now, I had the opportunity to go through sorority rush, bid night, pledge a sorority and eventually be initiated. At the time it intrigued me, but over the years, I’ve often thought it a fairly efficient way of sorting through a vast number of potential prospects in a short amount of time in order to make an important decision effectively and quickly. And for many women the need to sort through a vast amount of emails to determine which contacts to spend time meeting and which to never bother with is imperative. 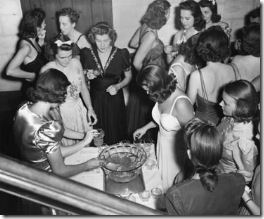 The sorority rush system is actually a highly developed matching system called the preferential bidding system and you can read about it here.  In sorority rush, the organizations are matched with prospective members in a manner that gradually narrows the options based on stated preferences of the participants. The result is the prospective new member is eventually matched with an organization where she will live, interact, socialize, study, network, for the rest of her years at the university. It is also a lifetime membership to a national organization.  In other words, we’re not just signing a 30-day month-to-month rental agreement, here, folks. The decision bears some thoughtful, considered deliberation.  So it is with dating, that is, if you are doing anything that remotely resembles seeking out a partner you could build a relationship and a life with.

Enter the world of online dating, which I did nearly three years ago.  I spent some time on that Online Dating Planet for a bit and I noticed some things.  First off, all the things they say about men doing the pursuing and women the selecting were true for the most part.  Really.  I no sooner posted my feeble attempt at a profile, a few recent and accurate pictures, and I was bombarded with emails and winks from prospective suitors.  I recently read an article here where some women have thousands of emails to sort through.  I never had quite that problem, but then again, I also don’t exactly live in the biggest metropolitan area and I limited the distance of my contacts.  Whatever.  The point I am trying to make here is that sorting through all those prospective romantic interests is not unlike the Greek organization sorting through thousands of prospective members in order to meet their membership quotas for the year.  It is impossible to think of responding to every single one individually and meeting them all?  Well, there just isn’t time in a life to do it. 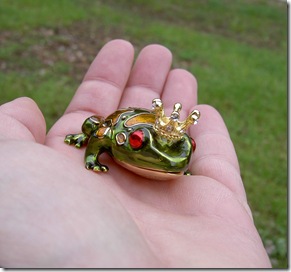 My inbox was inundated.  At first, I spent hours, days, weeks attempting to reply to every wink or email I received.  It wasn’t long before I realized that was simply ineffective.  I had to put some systems in place for sorting.  Now the systems and criteria I implemented might be different for another woman, but they worked for me.  The same is true in sorority rush.  Some house won’t take those rushing as a sophomore, they only want freshmen.  Since I was a sophomore when I rushed, this instantly eliminated me from a number of quality organizations.  Nothing personal.  It was just reality.  Did I cry about it?  No.  I just went with the remaining options which were also very fine organizations.

When we date, there are priorities and preferences that we have that provide the basis for our own sorting systems.  For me I eventually determined that I was not going to waste time with a guy who winked or only presented me with a message that said something like “nice smile”, “great profile”, and so on.  If a guy couldn’t take the time to create, at minimum, a brief thoughtfully worded message of interest, I wasn’t interested. (And, yes, guys…we can tell when you cut and paste messages! I deleted those too!) This reduced my inbox to a far more manageable number.  The remaining people made it through to the next round of eliminations.

At this stage, I put in place some more discriminating criteria.  No picture, no consideration.  No words in the profile, no consideration.  If he was a smoker it was a no.  If he’d never been married or was way too young or too old, it had to be a no. These folks usually received a nice, courteous “no thanks”.

After this, I had to consider interests and potential for compatibility.  This is often difficult to determine just based on a digital p 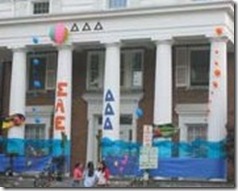 rofile on a dating site, but I did find that there were certain means to eliminate those contenders who would probably eventually opt out anyway in the end.  For example, the spirituality of the person is important.  If he’s out there in religious Looneyville where keeping up an image of doing the right stuff is more important than actually being an authentic, decent individual then we’ll rub and quickly.  Why even meet up for coffee to find that out?  Save time, energy and coffee money.  Just say, “no thanks”.

If he’s a guy who spent all his time out and about with no indication that he occasionally stayed home to rejuvenate and maintain his household, then I was out.  That’s a lifestyle that I can’t sustain with a time commitment that would destroy my ability to maintain my own home and my career, let alone keep my kids in clean clothing.  I’m wise to politely decline, no matter how attractive he might otherwise be.  Our differing preferences in how we spend time will ultimately create problems unless one or the other of us is willing to change and expecting one party to change in order to sustain a relationship (even before a relationship has been established) is not a good sign.  It would have been like me saying, “Yeah, I want to pledge that house but only if they will completely redesign their organization to suit me.”  So not going to happen!

So, you see how the process of matching by criteria and gradually eliminating the prospects is an efficient decision making tool?

When I was looking to pledge a sorority there were certain things that were important to me: reputation of the o

rganization, involvement on campus, leadership of members, social life, priority placed on academics, philanthropy, networking potential and so on.  Of course, the actual architecture of the house and its interior were important to me, but these were minor in comparison to the things that really created the organizations “soul”.

When dating, we all have our own ideas of what we are looking for in relationship.  Tall, fit, active, handy, homeowner, non-smoker, spiritual, not spiritual, conversationalist, education, income, etc.  All these facets determine what we think will be a good fit for us.  It is not a bad idea to have these priorities or preferences.  It is actually a good thing and can prevent us from wasting valuable time and energy on relationships or individuals who are not a good fit.  If the organization I am looking at has no room for sophomores in their organization, then as a sophomore, I would have been wasting time and emotional energy hoping I could pledge that house and I may have missed the opportunity to become a member of an organization that would have been even more suitable for me.  On the other hand, spending so much time about what a guy looks like and how much he makes (having a job is good! Making six figures, not required) is a bit like obsessing about the structure aesthetics of the sorority house instead of paying attention to the quality of life that goes on within that house. 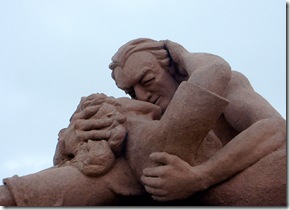 All this effort before even deciding to meet with someone?  Yes, pretty much.  Oh, sure.  There were occasions when I made exceptions.  100% of those exceptions never made it past the first date.  Once I began putting some more systematic thought into the dating process, I found I was going out on dates that were more enjoyable and I was actually having more than one or two dates with a person.  I wasn’t dreading the proverbial coffee date and more and more of those coffee dates led to something more. Even after the something more, the process continued to be a two-sided matching process as my dates and I continued to get to know each other. Dating is like sorority rush and that’s not a bad thing!

What I’d like to hear from others is what kind of criteria do you use to eliminate people you don’t think will be a good fit for you?  Is it looks, income, personality, education, values (if values what values are important)?

What’s your criteria when involved in the two-sided matching process of dating?

23 thoughts on “How Rushing A Sorority Is Like Online Dating”