I wrote this last year at about this time of year over on my other blog. It is rather lengthy so I’ve broken it down into a series of several posts.  Those of you who have been through the divorce process and are trying to heal up after it, might have some very significant and quite possibly different perspectives to share.  If so, I hope you’ll leave a comment.  I certainly don’t profess to have the only valid experience.  I only share mine and what was helpful for me.  I love hearing what others found helpful.  I know my readers do too!

I spent most of my childhood growing up in rural eastern Oregon.  My family lived in the same home from the time I was in third grade till after I graduated from college.  We drove the same ’68 Chevy Camaro and never had another car.  My mother had the same job in the same office building across from the county library until she retired many years after I was grown and beginning my own family.  My grandparents lived across the river in Idaho, a mere six miles away.  They owned a department store in town where I spent my pre-school years hiding in the racks peeking out at customers from behind the clothes.  It was a stable, predictable, secure childhood.  Very little ever changed.  It was not the kind of beginning that exactly prepares one to deal with the transitions that come after a marriage ends.  But, if we are fortunate, and I was, we should not be preparing for such sad events.  There just weren’t that many dragons to slay back then…and…I guess that’s a good thing. 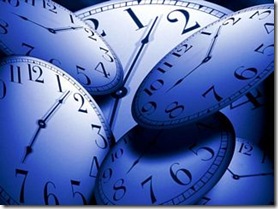 Change is the only constant.  This is never more true than when going through a divorce, when emotions run high and everyone is running scared at some level.  Everyone, except the attorneys and the dragon.  They are running to the bank.  (Sometimes I think I am definitely in the wrong career.  Hmmmm, is it too late for a law degree?) Even so, I am grateful for a good attorney who helped me see the issues clearly and without emotion.  The dragon is bigger and has the fire-breathing capabilities.  You can easily determine where the dragon fits in your own analogy.  For me, it was a volatile and completely unstable partner who was an incredible con artist and who had everyone believing (including myself) that I was the crazy psychotic problem child.

This is the first transition and probably the most difficult in divorce:  accepting that the marriage is over.  Accepting that one partner wants out badly enough  to formalize the dissolution legally can be a difficult and heartbreaking reality to grasp.  Whether you are the one initiating the divorce or the one having to accept that your partner is saying, "I’m out!",  the very first step is to accept that no matter what happens, when the dust settles you will in fact be divorced.  Nothing else but this will be certain as you head into the process of negotiating like you’ve probably never in your marriage or maybe your life negotiated before. It is not unlike dodging the fiery blasts of the dragon’s anger as you attempt to defend your kingdom. The finances, the assets, the kids, the child support, the alimony and the acrimony will all be undetermined until the judge raps his gavel or until the two of you sign out of court. Until then, you just don’t know how the dragon will move, twist, or turn. 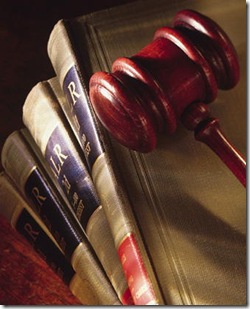 When I walked in to see my attorney…a good two years before I actually retained her…she told me these words, "Look, I can’t assure you of anything except that by the end of this you will be divorced."  She was right, and despite what is oft said about attorneys, she was honest, direct, a great strategist and she advocated on my behalf.  She helped me negotiate the frightening web of legalities to ensure the best possible outcome for my children and I.  She was there to negotiate some of those transitions for me.

Plan on the transitions.  Expect them, anticipate them, negotiate them and then live them.  My attorney helped me plan and prepare for the first phase of transitions but I had to first face the reality that nothing I could do was going to change the eventual outcome.  Armed with this knowledge I was able to take a more active role in determining and shaping my own post-divorce world.

If you are at this place in your life and the inevitable is going down, I encourage you to begin doing your own research.  Find out what the laws are in your state or county.  Find out how property is usually divided and how the courts generally treat custody and parenting issues arrangements.  Your attorney can be a valuable resource in this area.  You can also do your own homework.  There are many great resources on the internet.

It helped me to think of life in three categories: the things that were non-negotiable for me, the things that I could easily give up, and the things that fell in between these two extremes. It became a matter of prioritizing.  When it came to negotiating with the ex, I knew clearly what I had to barter with and what wasn’t up for negotiation from my perspective.  This ended up being irrelevant for me as my ex didn’t even show up for the hearing and the judge ruled everything as proposed by my attorney with some added stipulations making it more difficult for the ex should he seek to drag me back to court in the future. This, however, is extremely rare.  Expect a battle and arm yourself intelligently and thoughtfully for it.