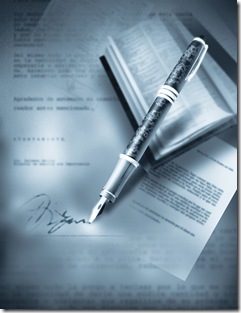 We have Truth-In-Lending laws why can’t we have a Truth-In-Dating Law.  I personally think there should be a Truth-In-Dating Law somewhere accompanied by a lie detector test. If only that could really happen, dating, online or otherwise, might not be such a disastrous thing for so many of us who still have the old school values of honesty, integrity and character.  Alright, I know the word “disastrous” is a bit extreme and may paint me as a complete failure in the dating realm, but, chill for a sec.  I’m using a bit of exaggeration here just to make a point.  The reality is, people lie when they date these days.  In fact, I just heard in a discussion group I’m a part of, that 1/3 of all men on internet dating sites are married representing themselves as single.  For the single mom out there who just wants to try to find a decent unattached guy out there to spend some time with that just bites. Because, no matter how you slice it or dice it, the married man or the separated-and-still married man is just not available, emotionally or otherwise. Well, maybe sexually but for someone looking to build some kind of authentic meaningful relationship that’s just “Ewww!”.

I personally believe this is due to the fact that our culture is a culture of the external.  We don’t care how good a product is anymore, we care how it’s packaged, and quite frankly there’s several hundred thousands of my salary and more being spent on research just to find out what certain things attract what certain demographics. And, as a nation, the U.S. has fallen right into the little marketing myth of “if it looks good, it must be good”.

This translates very negatively to the dating world, and other areas, I might add, but I’m talking about dating here so I will attempt to stay focused.

Instead of putting ourselves out there and promoting our good character (because see, people don’t really care about that anymore) we promote all things about us that are appealing.  That’s not a bad thing, but then we take things a bit too far in merely presenting the positive. We don’t really lie, but we do leave out vital tidbits of information. And, some people out and out lie.

Some of the things I’ve come across in the last two years of dating will blow your mind, if you’re the honest, truth-abiding sort.  For starters, let’s try the many, many men who put on their profiles that they were single only to reveal later that they were not only not single they were still married with no paperwork in progress…for whatever reason…and trust me, I’ve heard many.

I always try to learn something from every experience and these experiences taught me that I needed to ask to see signed legal paperwork before engaging the person in conversation. Which is exactly what I started doing.  This didn’t keep the dudes from trying to lie, but somehow more of them seemed to come out with it earlier on.

“Um,” they’d clear their throats and I could hear it coming, “Yeah, I’ve been separated for two years but we can’t file right now due to financial reasons.”

I did have a few men online approach me and tell me up front they were still married.  Of course, after telling me all about their loveless marriages and how they were staying in it for the kids (which is such a crock and there’s good research to back it up), they then proceeded to convince me that an affair with them would be something I’d never regret.

On what planet does this make any sense?

I mean, kudos for the honesty, but reverse the call due to the completely skanky disrespectful thing they were attempting there. Some of them I just clicked off with a “No thanks.”  At some point though, I decided to have some fun with it.  They invariably folded when I told them I was looking for something authentic ( that word, to the lying married man, is like a cross and garlic to Dracula) which could possibly lead to a white picket fence and three (more) children playing in the yard.  Yeah, scares ‘em away every time.

I’ve been just as impressed and stunned by the audacity of men I’ve met in face-to-face (F2F) world. For example, there is the standard run of the mill deceiver, who is just a victim of his own ego, and who can’t make up his mind between the real and warm present and a figment of his imagination from the past.  These men are not emotionally available, though, they might be available in every other sense of the word which makes them difficult to spot.  Sad thing is, unless you really pay close attention to the “I’m just not that into you” signals he’s giving off you’ll end up blindsided and heartbroken by this dude.

The most bizarre incident, was the guy who was introduced to me through friends.  I figured, these are my friends, right?  They know I am not into dating married peeps, right?  Wrong.  The third or fourth date in and conversation turns to the GOYA Club.

“The GOYA Club, “ they repeated laughing hysterically, “The Get Off Your Ass and file the papers club.”  It was then that I learned that my date was separated, had been for two years, but was no where near filing the divorce papers even though he had good income and was financially able to.  Very calmly and with a completely straight face I turned to him and said, “I’d like to go home now.”  I hear that three months later he was divorced and less than six months later remarried. Bizarre. Better her than me.

In the last month alone I’ve had men come on to me, set up dates with me, and back out admitting they already had girlfriends. (Whatever.)  It apparently didn’t work out with the girlfriend for one guy because right after the new year he emailed me asking if he could have a fresh start and an opportunity to explain.  I’m not kidding!  What do you think I said?

“Sure, I’d love to give you the opportunity to explain,” I texted back. “I’d just like to take the opportunity to remind you that I am a blogger and I was wondering, could I record this conversation?”  Never heard from him again. I just wonder what people like this think?  Seriously?  They just notified me that someone else was first in line and they ditched me (yeah, I’m being gracious about the whole deception thing here) for that person.  It didn’t work out with them, so now they contact me hoping I’m still free and insecure enough to be so thrilled that they decided to go to the second string. Wow.  What must people be thinking these days?

The really sad thing that all this brings me to conclude is this:  Many are desperate for deep and meaningful connection with another human being.  We desire intimacy and that experience of knowing and being known.  We want to know that wonderful exquisite experience of being able to be completely vulnerable, without fear and to know that we will be treated gently, lovingly, carefully and that even with our flaws, failures, past mistakes and bad choices we will be accepted for the unique individual we are and loved regardless.

This is a human and admirable thing to desire.

But so many of us go about it in the wrong ways.  Instead of being transparent we cover and hide. We start the very relationships we hope will save us out on footing that is sure to falter, stumble and fall. We think, “Oh, if they could only get to know me first the rest wouldn’t matter.”  This is the biggest lie of them all.

The really disappointing thing is in all this is, that when we lie to another person in this way, we deprive them and ourselves of enjoying something real. Somebody in the dialogue isn’t being honest.  The other person is developing trust and connecting based on the information they have rather than the truth. The relationship is predicated of falsehood and deception.  The other person is not given the chance to make an informed choice for themselves.  When that truth is finally revealed what the deceived person experiences is nothing short of betrayal.  Not a real great way to begin a relationship you hope will last.

This is not a good thing.

Not if what we seek is something really special.

Not if what we seek is something authentic, built on trust that is proven and demonstrated.

Not if we want that special something that provides both people a safe haven to retreat to at the end of each day.

None of the hiding deceptiveness will ever really, truly be able to amount to love, because love by nature requires trust and trust is dependent upon honesty.

I just think things would be very different if people behaved as though they had to sign a Truth-In-Dating Clause.  I, for one, am thinking that before I go out with the next guy I’m going to have to fax him the form.

20 thoughts on “Truth In Dating Laws”