Oh, my!  ‘Tis the snuggle season that’s for sure and several of my bloggy friends out there are bringing up the topic on everyone’s mind (or, at least, theirs)…sex. But is it really sex that is on people’s minds or is it romance, is it relationship, is it something else altogether? This post is a response to several other posts posted in the blogosphere earlier this week as well as my own personal convoluted thought path travelled in response to these various posts.

A Tale of 4 Blog Posts

The first post found here at Big Little Wolf’s Daily Plate of Crazy, talks about the confusion that can arise between the terms “sex” and “lovemaking”. Go there read it and return more informed about some of the thinking that gave rise (no pun intended) to my own post (also no pun intended) here.  In a nutshell she poses a great many good questions on the topic with the ultimate being what is the difference between love-making and sex.

Add to that, this new blog friend  at To Be Determined who is traveling down the post-divorce single path with me, though at a much earlier stage in her life. Like me, she’s often wished there were some sort of dating rulebook.  Unlike me she still has her 30’s ahead of her and because of this her dating options are much greater than are mine though, admittedly, I am more fortunate in this regard than many. She also, as far as I can tell, doesn’t have the added complexity of trying to be a great mommy and trying to carve out time with another adult even if that time is merely coffee or a movie. Even so, my new friend at To Be Determined has dealt with the difficult issues and challenges divorce creates and I do wish I’d had her courage to blog more seriously and more intelligently about my own journey.  Kudos in a big way to her for doing that!

The third post, and one that rather struck a bit of a nerve with me is the one that jassnight at The Critical Path wrote today.  He talks about the nature of sex with older men, from the man’s perspective and he uses the really nice metaphor of running in the Master’s Division when competing in a marathon. He deals with how sex is viewed by men and how that view changes as men age.

And then, after all these ideas were simmering on the back burner of my mind, and as I was trying to find a quick easy recipe for those red potatoes I have in the fridge to go with the roast I’m attempting to destroy in the slow cooker (because, yes, once again, I am here with you and not watching the stove like I should be) I came across this most depressing thing. Of course, all the mom’s there are like, what, 35 and under, if that, but never mind.  This last site only served to make me ask myself these questions:

I won’t be answering those particular questions here in depth, other than to say:

Things Are Different Over Here

It is tough being female, over 40 and single in our youth oriented culture, even if you look great. If you look good, or average or worse than average (however you would define that and most women are much harder on themselves than they ought to be) things get tougher, that is, if male companionship of a physical nature matters to them.  It is tougher being female, over 40, single and wanting to experience a fantastic relationship someday before you die…or before you check in at the retirement home.  There’s just so much of life to share with another person and having another adult around, if the relationship is healthy,it is energizing and motivating.  Two people in a good relationship with each other can provide strength, encouragement, affection, intimacy.  They can spot each other when one needs a break or is facing stresses. They can encourage each other to be better than either of them could be alone. They can challenge each other toward optimum growth in all areas of life. They can be there to stave off loneliness and support each other during the rough spots of life.  They can build something together that is bigger than the both of them.  Something that connects to the people and world around them and which makes a positive difference to all. This experience, while rare, is still a good thing.  But how does it happen?  For the woman suddenly single in her mid-40’s, the struggle with self-esteem issues that naturally accompany divorce can be exacerbated by the fact that if her 40’s are nearly over her opportunities for love seem to be diminishing and the rumor is, well, 50 is a big number. Besides, when a man of the same age can effectively court, woo, seduce or whatever a woman half his age and many of them do, how’s she to feel about what she’s got to bring to the table?  Likely she’s got kids, responsibilities, a house payment, yard work, laundry and a job.   Sadly in our culture the chipped nails due to weeding and the dry, cracked dishwasher hands just don’t shout “Hottie!” to most passersby. Younger women often come with half this amount of “baggage” and much tighter firmer (or, at least smaller) bottoms too boot.

If You Ain’t Hot, What Have You Got?

In our youth oriented culture, we worship the exterior. This leads us to assess each other on the external factors in our lives.  We consider the quality of the cars we drive, the addresses of our homes, how neatly manicured the lawns are and whether or not the person has good job.  Others even make assessments based on what kind of job the person has. While we are greatly privileged with many choices in this country and the ability to chose possessions that we like and which reflect our perceptions of ourselves, does this mean that in every case the vehicle reflects the person?  Does this mean in every case that the job reflects the woman or man?  Does this mean that I am somehow inadequate, because my yard is not perfectly edged and my walkway needs repair? Am I my job?  Am I my wardrobe?

Let’s take this one step further, and address physical beauty.  What is beautiful?  What is sexy?  What is hot?  It’s a pretty common understanding that women’s standards of beauty are different than men’s.  This is where I believe the confusion, if there is confusion, arises.  Women and men see this topic differently and our image oriented society with the help of airbrushed and digitized perfect bodies doesn’t help do anything except further the notion that in order to have a great relationship you’ve got to look great first.

Does physical beauty impact the quality of the sexual relationship?  If so, how and in what ways? 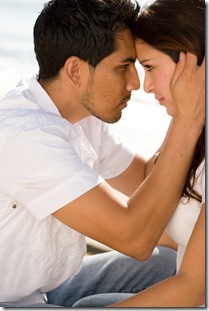 I mean, really.  Let’s think about that logic.  If physical beauty were the pre-requisite for an incredibly mind-blowing sexual experience then how come people don’t just jump into the sack on this basis alone.  (Well, okay, maybe some do, but for the rest of us?) On the other hand, being attracted to someone is important too because there is that thing we like to refer to as “chemistry”. It doesn’t make sense.  Just look around.  We see couples every day in our daily pass through this life that are not extraordinarily good looking but who enjoy a good connection with a partner.

Or is the question more like what exactly determines attractiveness? And doesn’t that question have as many individual answers as people asking it?

Might I suggest, that physical beauty is a nice thing but, it is not the most important thing.

In the end, I think it boils down to what the individual is seeking in terms of relationship with another.  I think those individual priorities determine the level of attraction to another person and the quality of any sexual encounter if a mutual interest were to exist.

So, to go back to my To Be Determined friend’s questions as to where is the Dating Rule Book, I have to respond with there isn’t one because the dating situation is as specific as the two different individuals involved. There might be some broad brush rules of thumb but beyond that it really is up to the individuals to chart their own course and navigate their own way.

As for jassnight’s assessments at The Critical Path of men and what they hope for and expect as they age, I can only hope some of that is true. But, truth be told, I think what people look for, what people consider important and what people value is as individual as the individual’s themselves.  The difficulty is more a matter of coming up with a good fit between two people.

Regarding my friend, BLW’s post, about Sex vs. Lovemaking the same holds true.  I know she is not confused.  I know she is just posing the questions to begin dialogue.  Many, though, do seem to be confused. I don’t think any of us really are confused.  I think we all know the difference.  Sometimes we let good sex convince us there is more to the relationship than really exists.  Sometimes the lack of instantaneously mind blowing sex dissuades us from pursuing what might turn out to be a very loving, nurturing and lasting relationship.

We all know when we’ve just “had sex”.  Even when it is “mind-blowing” sex, it is still “just sex” and we know it. It doesn’t take a rocket scientist to figure it out. When we make love there’s an added ingredient or two or three, that can’t be orchestrated as the result of putting two good-looking people in a room and telling them to have at it.  It isn’t any of it based on what either partner is individually, but rather, on what the two of them are together, what they share and what they’ve created between them, personally, privately, intimately. When they make love the core of their union as people is expressed physically.  This doesn’t happen overnight.

It doesn’t happen outside the context of something important and meaningful and loving.

Making love happens in the context of a loving, healthy, relationship where trust and commitment are key ingredients.

The rest of it is just great sex.

20 thoughts on “Sex or Making Love? Who Is Confused?”